Flat v Apartment: Is There a Difference? 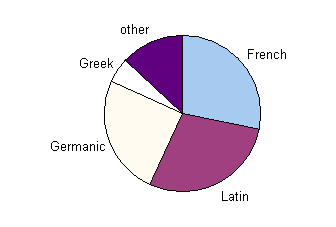 People have all sorts of theories about the differences between a flat and an apartment. Some people talk about size and age, while others talk about areas and price. In fact, a flat and apartment are one and the same.

It doesn’t matter whether you’re living in the oldest penthouse flat in Hemel Hempstead or the newest ground floor apartment, there’s nothing in the name that sets it apart from the pack.
When conveyancing companies such as Sam Conveyancing are providing their services for conveyancing in Hemel Hempstead, it will be the property details that they are interested in and not the name you choose to give it on the title on the original property listing.

Nothing humble about the flat

Whether you choose to call it a humble flat or a chic apartment, there is no doubt that this type of property has a lot to offer, particularly in areas such as Hemel Hempstead, where some experts believe it could be the answer to both local and national housing shortages.

The average Hemel Hempstead apartment price was £239,670 in 2021, making it a relatively affordable choice and great for first-time buyers. Read more about property prices in particular areas on the Land Registry website.

The origins of the words 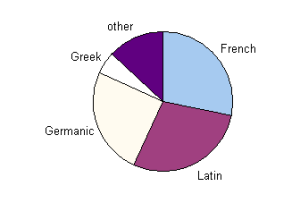 The word apartment started life as appartement in French, which, in turn, comes from the Italian appartamento. At the heart of this Italian word is the word appartare. This means ‘to separate’, in the same way that flats separate a building.

During Roman times, housing prices were high within Rome’s city walls, and so canny property owners within the city’s confines separated their properties into what would be known as apartments – or flats – today.

Flat, meanwhile, comes from the old Scottish and English word flet. This referred to a home’s interior. Some people also believe that the term flat refers to the way in which this accommodation is typically on one floor.

An answer to a problem

Wherever the names came from, many people believe that they could provide an answer to the country’s housing crisis, as they take up less land and are less expensive to heat than houses.

This could prove attractive to many people at a time when the British population continues to grow at a rate of around 500,000 each year, as it has for the last two decades, and yet only just over 175,000 new homes are built per year.

Currently, Britain lags behind other European countries when it comes to apartment living. In this country, around 14.8 per cent of homes are apartments or flats. In contrast, in Spain this figure rises to 66.1 per cent, followed by Switzerland at 63.1 per cent and Greece at 59.2 per cent.

Looking at a more local example, just 26.9 per cent of households live in apartments in Hemel Hempstead. This is less than the three national examples cited previously and many other European countries, including Germany, Italy, Sweden and France. The European average is 46.2 per cent.

It must be questioned why Hemel Hempstead, and Britain as a whole, has such low apartment residency compared to its European neighbours. It is a particularly important question when you consider that Britain has a similar population to that of France and yet has more than 50 per cent less landmass.