UK property faces set to fall in next two years

December 1, 2022December 6, 2022 ElegantWeddingsAdmin Weddings Home and Away
Spread the love

According to the Office for Budget Responsibility (OBR), house prices in the UK are expected to drop 9% between November 2022 and autumn 2024. Leading Government officials predict that after the two year fall, prices will rise steadily again.

This is undoubtedly bad news for homeowners who want to sell their properties, knocking thousands off their current property value. Fewer properties become available in an unstable market and those wishing to move find they have less purchasing power. 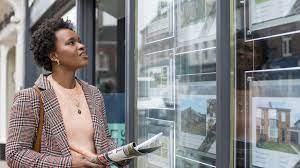 There will, of course, be some relief for first time buyers who have struggled with house prices following a period of sharp rises. Assuming they can get a mortgage, first time buyers may find that properties are more affordable. However, the cost of living crisis means that only the lucky few will be able to afford a substantial deposit, as disposable income now goes towards rising food and energy costs.

Increases in interest rates also contribute to higher mortgage costs. An average two or five year fixed rate deal currently resides with interest rates of around 6%, forcing the economy to slow down, driving property values into a downward spiral.

Government Officials predict that house prices will be down by 1.2% next year, and by 5.7% in 2024. Others believe that these figures should be approached with caution, considering the current sensitivity of house prices, mortgage rate availability and general borrowing costs.

The hardest hit are currently homeowners. Falling house prices affect the finances of homeowners who wish to stay where they are. Extreme falls in the housing market mean that some households can end up in negative equity. This occurs where the amount they have borrowed is greater than the current value of their home. It is estimated that a third of household wealth is tied up in home values. The insecurity of the housing market results in homeowners spending less, and saving where possible. Reduced spending can again make an economic slowdown even worse.

The Office for Budget Responsibility suggested that property prices will start to rise again following this period. They predict a marked increase in values of up by 1.2% in 2025. OBR states values will rise up to 3% in 2026 and 3.5% in 2027.

Of course, not all areas will experience such dramatic rises and falls. Properties in the north east of England have been slow to increase after the markets crashed in 2008, due to the financial crisis. The property market in Northern Ireland is still trying to recover, yet properties in Bromley, in Greater London, seem largely unaffected by the current instability in the housing market.

Latest government department figures  reveal that in August 2022, average house prices in Bromley reached £530,416, an increase from July, where values averaged at £513,451. Bromley is also rated as one of the safest London boroughs, with exceptionally low crime rates. In fact, the property market is so fast-paced that potential buyers have been struggling to get onto the property ladder. Firms such as Sam Conveyancing can offer conveyancing Bromley, for those lucky enough to have their offers accepted.

Whatever happens, buyers, sellers and current homeowners are expected to experience a turbulent few years before the property market begins to stabilise.